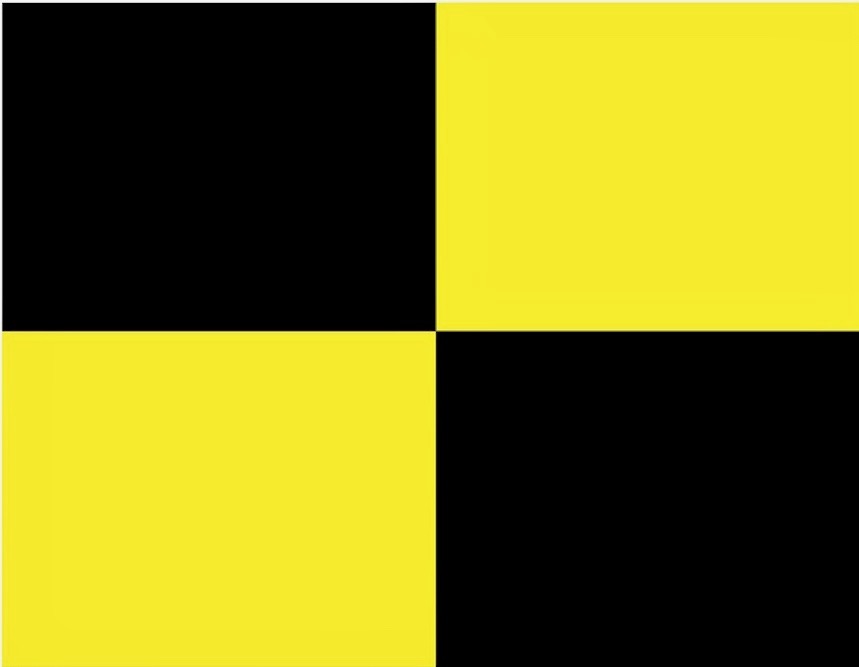 The QUARANTENA group exhibition at Gallery Sebastian Schildt featured brand new works by 29 local and international artists, who have all been inspired by their personal experiences of the current pandemic. QUARANTENA is a contemporary collection of art works conveying stories of the waiting, longing, worry and pain but also the resilience, gratitude and hope that people are experiencing in the midst of this ongoing crisis.

The invited artists created works inspired by their personal experiences of the current Corona crisis. The result is QUARANTENA – an art exhibition forming a unique testament to these strange times we are all going through. 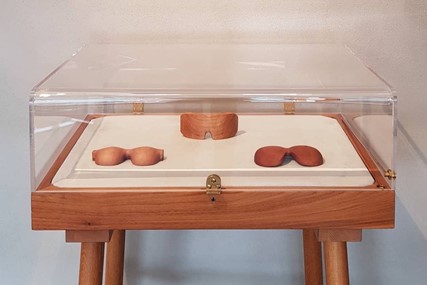 The word “quarantine” comes from “quarantena”, meaning “forty days”. Quarantena was a term used in the 1300s-1400s Venetian language and referred to the period of time that all ships were required to be isolated before both passengers and crew members were allowed to go ashore during the plague epidemic

The Signal flag “Lima”, also called the “Yellow Jack”, which is the International maritime flag for “ship is under quarantine”. 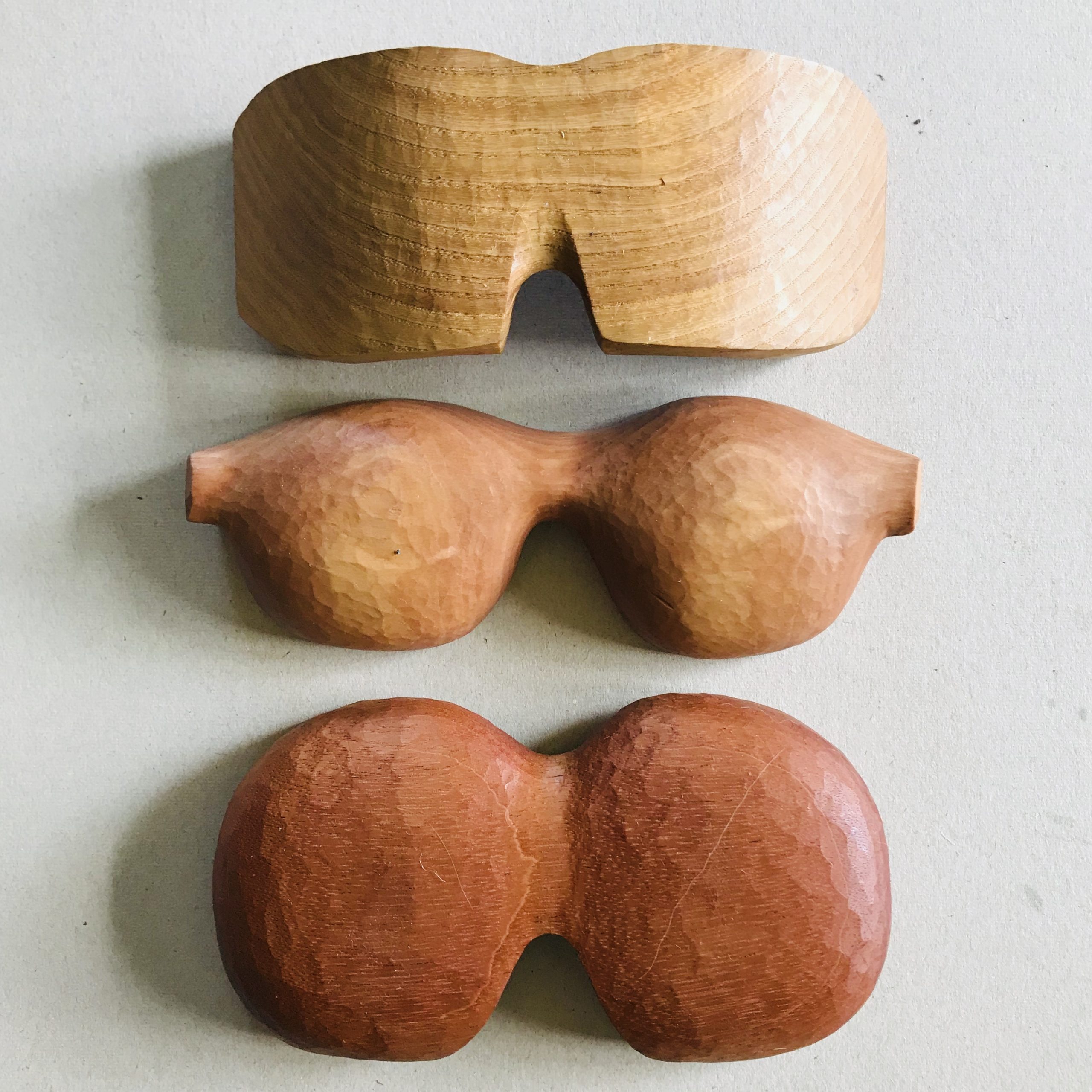 Covid-19 and the following pandemic affected me on a personal level in a very pragmatic way in March 2020, while I was travelling to Munich. In Munich I was supposed to build a booth at the Munich International Craft Fair for our students and set up a large International Exhibition at the Orangery, Munich English Garden.

This event had been in the works for over a year and I was one of two initiators and in charge of setup. The Craft fair got cancelled but the Munich Jewelry week was still going to happen. As well as being a Material based artist I am employed as an educator at the University of Gothenburg, HDK Valand Steneby, Metal Art program.

The day after my arrival in Munich the university banned all travel for their employees. This was the first event that then led to the rest of the year being upside down for me and most of us. The pandemic and the following restrictions had twisted my life as a Maker as well as an Educator. This is now the new normal. My survival instinct told me to “see no Evil” and get on with things, continue to make.

Over ten years ago I got hit by a Makers version of “Writers block”. To break out of this creative block I formed “Kungsholmens Täljargille” (Kungsholmens Whittlers Guild) together with a close friend. I am an expert in the field of Metal so by changing material to wood and by removing all expectations on myself I slowly managed to loosen the block. 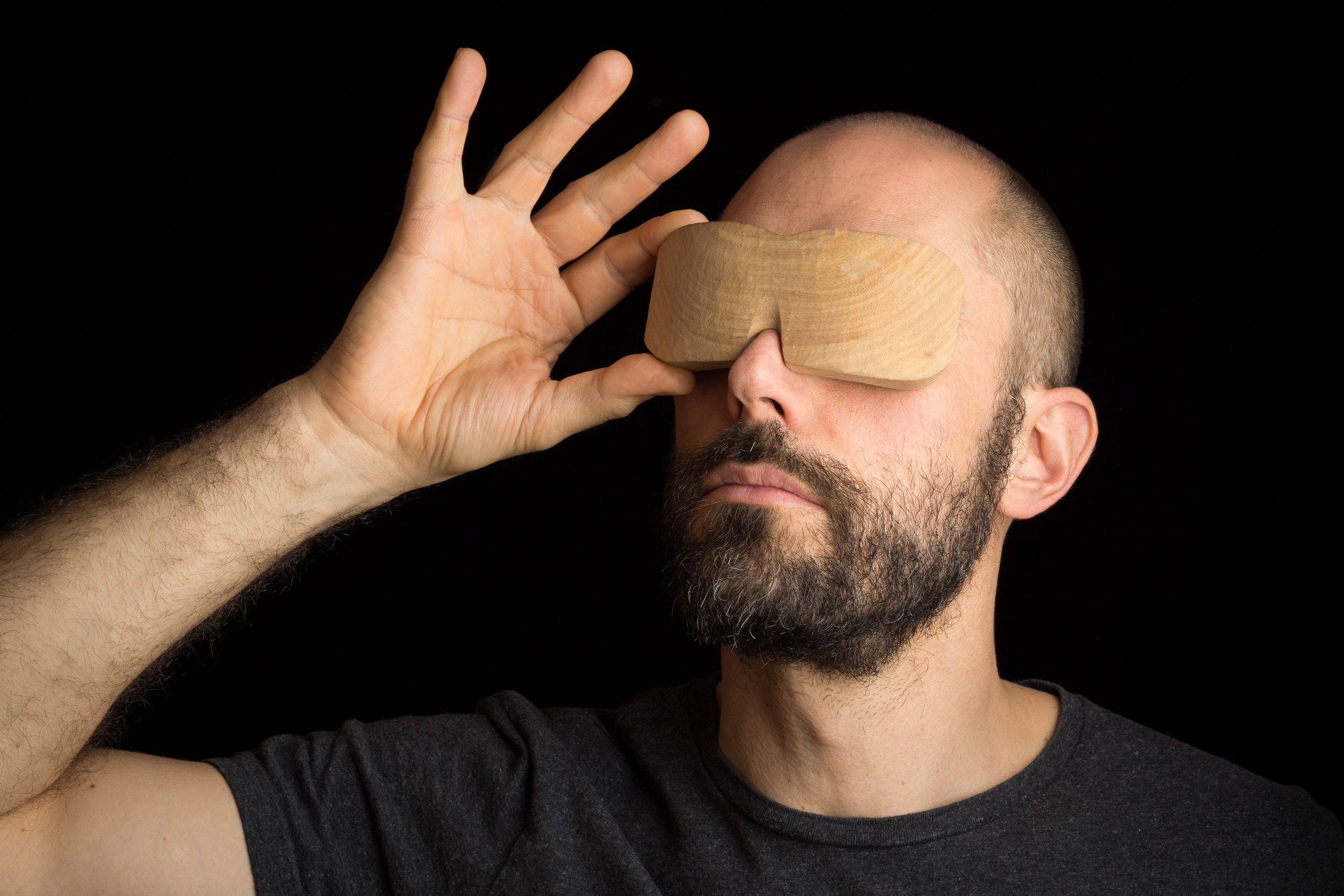 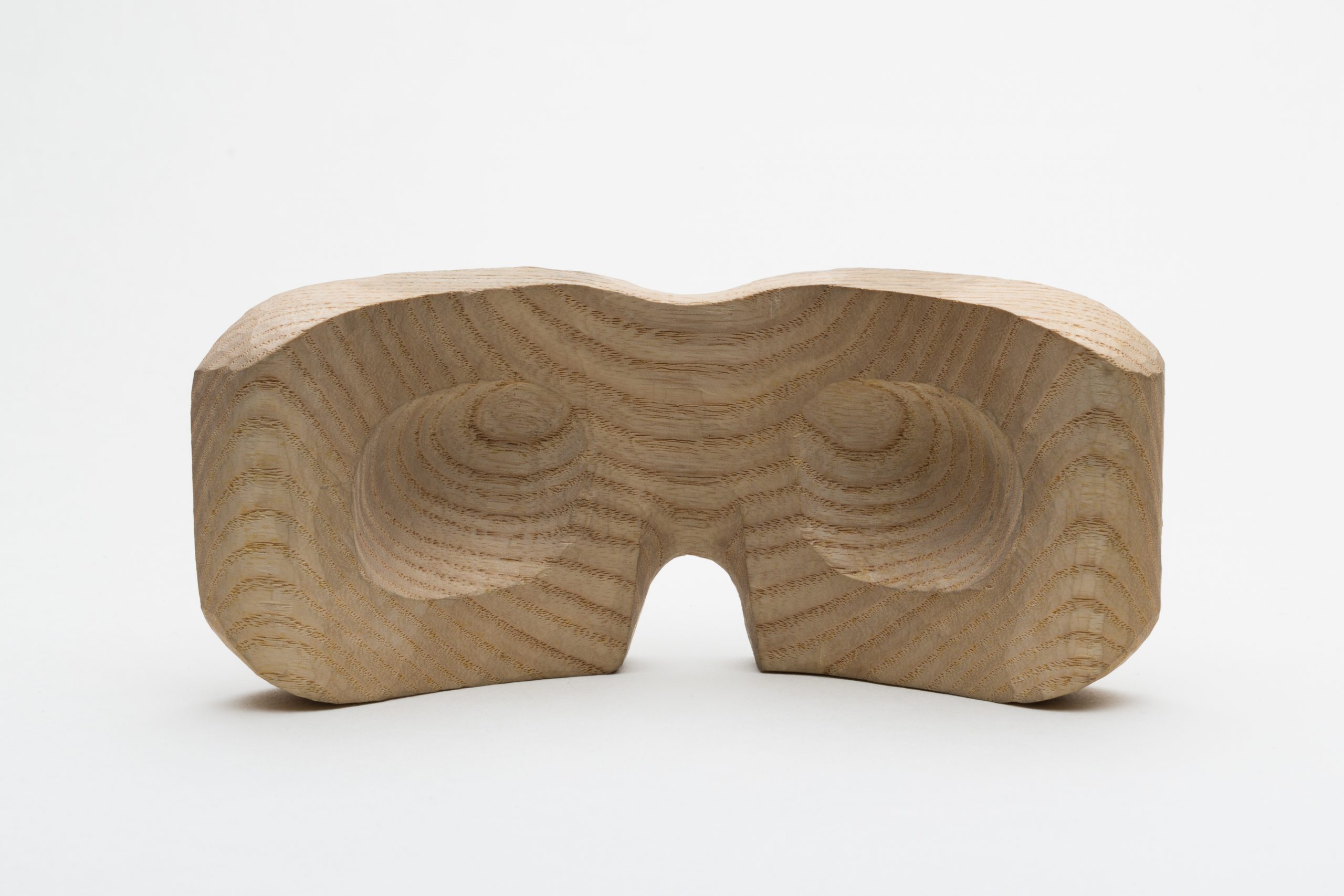 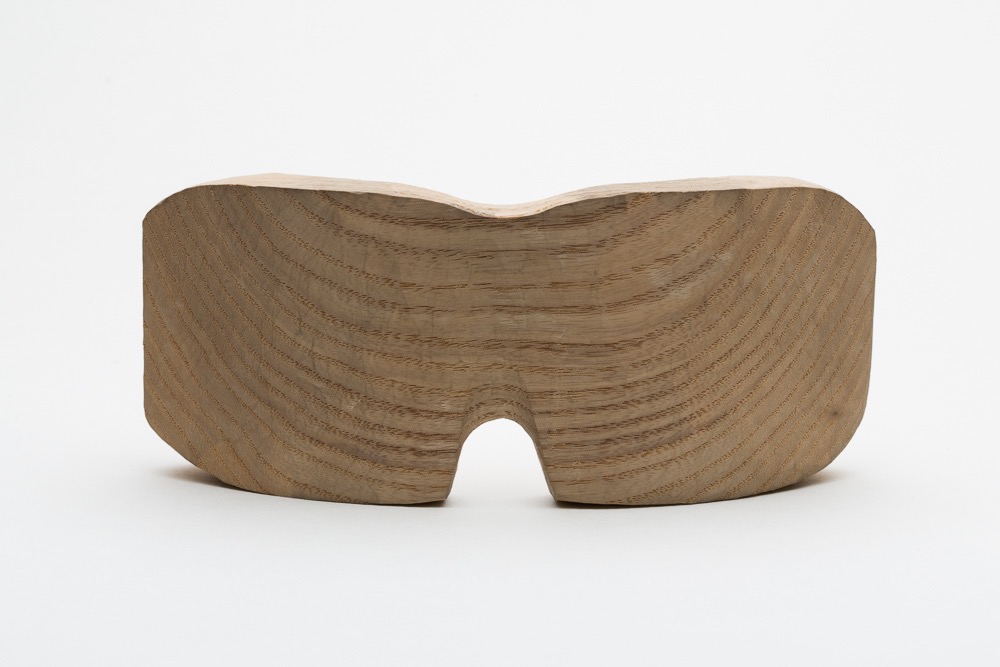 The group met up once a week, to make without goal. In the beginning my hands would just whittle with woodchips as the only result but after a couple of sessions I started to see form again. I carved a series of wooden sunglasses, the first pair became an homage to the Inuit bone googles, after that they became more free, individual versions.

”There is a 17th century carving above a Buddhist shrine in Nikkō, Japan depicting three monkeys. Each monkey is covering a part of their face – eyes, ears and mouth respectively 🙈🙉🙊 the artwork has generated a famous Japanese proverb “see no evil, hear no evil, speak no evil” which has been interpreted as meaning to be of good mind, speech and action. –

The building stands in the middle of the chaos tha

It is a really tall wall...But don’t compete for

Finally Simon and I won the Publc Art commission.

Simon Westling and I needed a way to understand th

Simon Westlings mini model just prior to our prese

Many months ago Simon Westling and I Teamed up and

Many months ago Simon Westling and I Teamed up and

Simon Westling and I Teamed up and competed for a

COME AND GET THEM WHILE THEIR HOT. “LOD BOOK”

BOOK RELEASE TODAY OUTSIDE OF @lod_metallformgivni

LAST DAY // I will be there in the afternoon tomor

LOD BOOK RELEASE ! SATURDAY 11AM-4PM . I have been